Yaya Toure was greeted by hundreds of fans and flares as he returned to Olympiacos after a 12-year absence.

The 35-year-old midfielder received a warm reception from Olympiacos fans at their Karaskaikis Stadium on Sunday. Perhaps inspired by Toure’s presence, Olympiacos thrashed Giannena 5-0 in the Greek league.

Toure last played for Olympiakos in the 2005-06 season. He has been a free agent since leaving Premier League champions Manchester City in the summer.

Toure’s agent had hinted that he would stay in the Premier League, particularly after proclaimng that he had ‘passed a medical in London’ on Twitter, although insisting it wasn’t the rumoured West Ham.

But his return to Greece has excited Olympiacos fans with the team having just had its worst season in 23 years – third place after winning 20 league titles in 22 seasons.

Olympiacos competes in this season’s Europa League after beating Burnley 4-2 on aggregate in the playoff round. 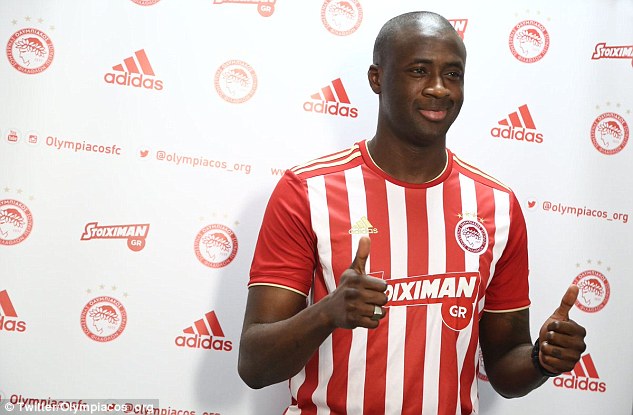 Toure said he had ‘offers from lots of clubs’ before choosing Olympiacos.

‘I cannot wait to help the club win the trophies the great fans of Olympiacos deserve,’ Toure wrote on his website.

Although no financial details were given, Greek sports website Sport24 said Toure will be paid £2.2million for one season, plus £1.8m as a signing-on bonus. 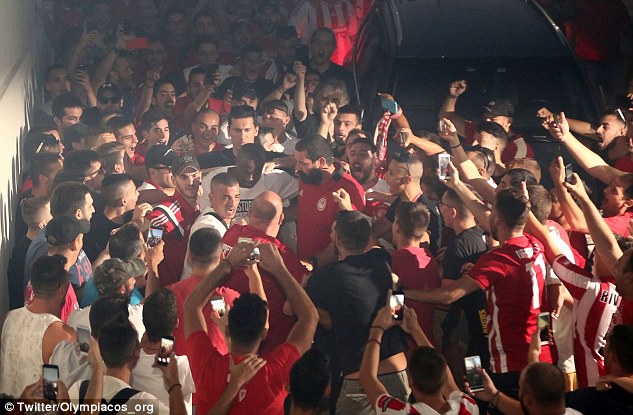