The very first time Pep Guardiola faced Jurgen Klopp, with Bayern Munich back in the 2013 German Super Cup, he was genuinely taken aback. “Wow” was the word mouthed repeatedly. Borussia Dortmund’s relentless football was simply of a type he’d never come across before, not even in four Champions League seasons with Barcelona.

“We lost 4-2,” Guardiola said last year. “Afterwards in the league I learned a bit more about how to control those situations but it was never easy… Our styles are not similar but I like a lot the way they play, for the spectators, because in three or four seconds they are attacking.”

Within three or four months, though, it was Klopp’s turn to be taken aback by what Guardiola was doing. The way the Catalan learned to “control those situations” led to a 3-0 thrashing of Dortmund by November, and the kind of ultra-sophisticated approach Klopp had never come across before.

“He has an incredible ability for developing his teams,” the German was quoted as saying about Guardiola in Pep Confidential. “His style of play is very complex, really very complex. It’s unique and extremely difficult to combat.”

Those who know the two managers say part of the reason for such awe and mutual admiration was that both recognised in the other the sort of effective football they wouldn’t really be able to play, that their managerial approaches wouldn’t allow.

While you wouldn’t quite call them direct opposites in that regard, either, those approaches do lend themselves to some relatively superficial contrasts that can already be seen at Manchester City and Liverpool: careful construction against raucous demolition; patience against pace; the smooth against the rough; the orchestra against the heavy metal band, as has become the oft-repeated line.

What is really the biggest difference between the two, though – and the type of contrast that truly enriches the sport – is something that is alluded to in both of the above quotes: time. 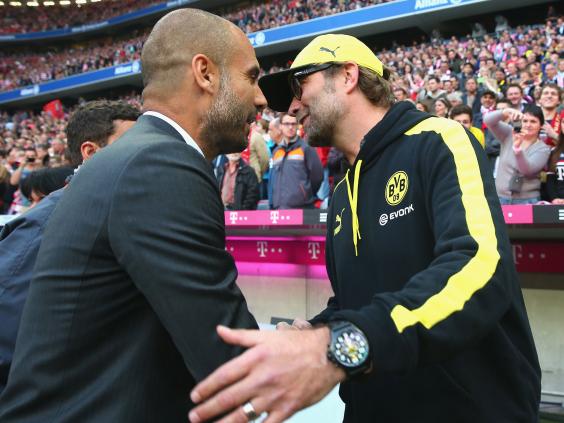 Whereas Klopp’s approach is more easily translatable between teams and can be more quickly taken to a highly competitive level through the effects of his sheer personality, Guardiola’s requires a much deeper understanding – but that kind of understanding can take a team to a much higher peak when it is perfect. It is something symbolically reflected on the pitch – those three-four-second attacks against 15-second build-ups – and raises an interesting philosophical football question: who is right? Or, perhaps more suitably, whose do you prefer?

The answer probably depends on a side’s circumstances but also requires proper appreciation of how they work and what they try to do.

One accusation so often levelled against Guardiola is that he has just coasted on the back of two of the best squads ever at Barcelona and Bayern. That is simply not true, given how rigorously he works, and how defined his idea is. What is undeniably true, however, is that it greatly helped his work that he had so many players who had the kind of coaching background that allowed much quicker understanding of that idea. 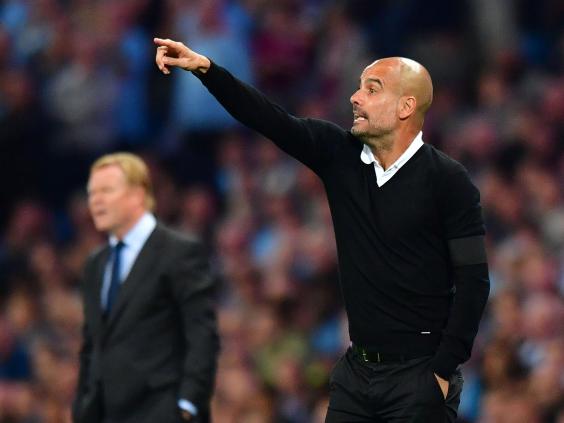 Guardiola has essentially attempted to evolve the passing-possession game of the Dutch, Johan Cruyff and the Spanish. To do that, he has developed an approach whereby the pitch is divided into 20 zones and his players have to learn where to go, with every move dependent on where the ball is. The idea is to create multiple passing angles all over the pitch and a level of circulation that just bamboozles opposition.

For a performance that doesn’t involve the majesty of Leo Messi or Andres Iniesta, either, you only have to think of Bayern’s 3-1 evisceration of City back in winter 2013. City themselves have offered spells of it in Guardiola’s first year, tantalising visions of what might yet be possible. This is what Klopp was getting at when he described the Catalan’s approach as “really very complex” and “unique”.

The issue is that, when it is not yet fully grasped, uniquely calamitous holes can suddenly appear in the side – especially in defence as they try to build play and are suddenly disrupted. Guardiola is also said to still be stunned by how “out of control” the Premier League is, how the best-laid plans can be exploded in a moment’s chaos. 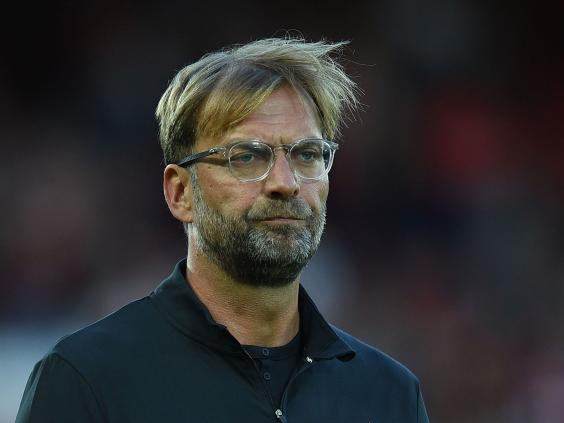 Klopp’s rough-and-ready style is obviously more immediately suited to that. There are still many top coaches on the continent who justifiably lionise this complexity of Guardiola, but dismiss the German as a mere motivator. That is itself unfair. Klopp’s football is far from basic, given the runs that have to be learnt, but it is a more easily graspable form of football than Guardiola’s. What his detractors are getting at but still missing the point about is that Klopp’s football is then amped up by unprecedented levels of running, that themselves require inspirational motivation.

It is not just anyone that can do that, and that is the German’s own unique skill, but it is still true that his approach is thereby more easily translatable from one team to the next. It is also easier to get to the next level with, as Liverpool have displayed, and as their early 4-1 thrashing of City in November 2015 made clear. In games like that, they produced the kind of lightning attacks that Guardiola was so in awe of, and that his approach doesn’t necessarily lend itself to.

The flip-side is that Klopp’s game becomes easier to defend against, easier to prepare against. So many lower Premier League teams have proved that in so many frustrating Liverpool results. There also isn’t the same integration between defence and attack that really elevates Guardiola’s football.