Eden Hazard has admitted that he has frustrated all of his managers at Chelsea – and he’ll do the same to his next boss too.

The Belgian has been in fine form this season, but endured a miserable evening as the Blues were comfortably beaten by London rivals Arsenal on Saturday.

Maurizio Sarri criticised his players after the 2-0 defeat at the Emirates Stadium and Hazard has revealed that the Italian believes he should be contributing more. 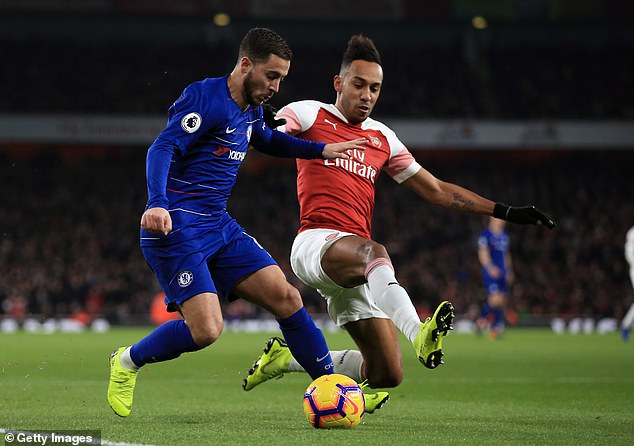 ‘I’ve frustrated all my managers and now I’m still frustrating Sarri,’ he said.

‘I frustrated (Jose) Mourinho. They think I need to score more, do more of this or that. And the next coach, I’ll frustrate him too.’

Sarri will be looking for a big performance from Hazard on Thursday night when his side face Tottenham in the second leg of their Carabao Cup semi-final.

Spurs take a 1-0 lead into the tie, but Hazard will be happy if he can repeat the personal display he put in at Wembley. 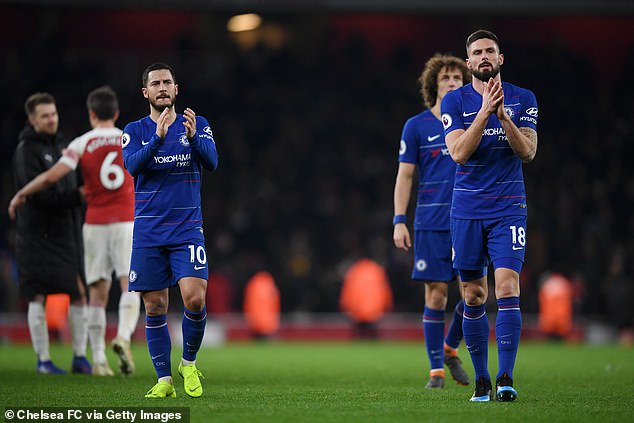 Speaking about the first leg, he said: ‘At some point, everyone loses. Against Tottenham we had the right to be disappointed, but honestly I had a great time.

‘I wasn’t happy, because we lost, but deep down I was happy how I played and how we played.

‘That was also what the coach said and I like that.’

Borussia Dortmund 1-1 APOEL Nicosia: Pressure on Peter Bosz increases after they are held...